Green-fingered Janet turns her hand to gardening once again 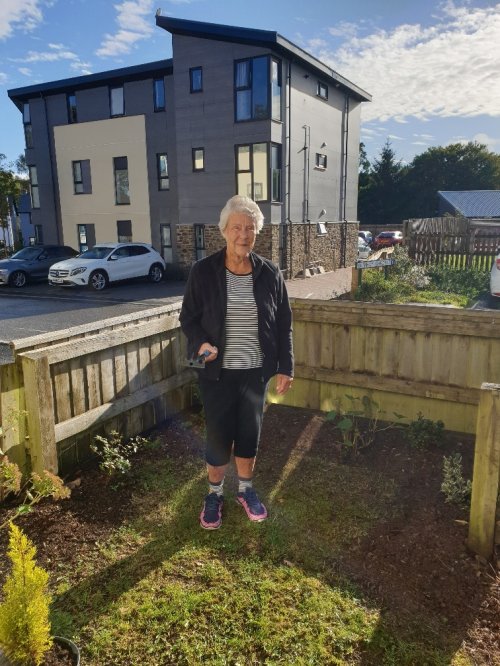 Janet Pantry (pictured) was always a keen gardener when she lived in her own home. Then, earlier this year, she became a resident at our Forder Lane House Care Home.

As soon as a room with its own little garden became available, Janet jumped at the chance of resuming her hobby and tending to her own plants again.

Green-fingered Janet has started giving the garden a makeover and will be planting some spring bulbs before winter sets in.

Like all keen gardeners, she finds preparing the ground and planting new flowers only part of the fun. She also enjoys sitting in the garden in the sun and chatting to those passing by.